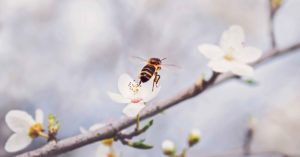 You’re such a flirt!

Say what?! Me! A flirt?! Dear god NO!! That was how I used to react when people told me I was flirting. Especially when it was someone who I did not desire to copulate with! After all – flirting is all about getting laid. Isn’t it?

Truth be told, whenever I did try to flirt with someone to get them into bed, it never actually worked. I’d slope away feeling rejected and humiliated. So I gave up.

However, thanks to the Access Consciousness tools over the years I’ve become more and more comfortable and grateful for me. Enjoying life more, and being willing to be me with everything around me. Receiving it, enjoying it, appreciating it, and playing with it. NOT flirting with it. I’m adamant about that. Flirting just leads to being rejected remember. Must NOT flirt.

After my initial knee jerk reaction to said request, I truly started to ask questions.

So as I sit here in the garden being me and letting these questions wash over me and enjoying my little oasis of deliciousness. When a bee buzzes over. ‘Hey, Mr. Bee… how you doin?’ Oh dear God, I’m flirting with a Bee! Will it reject me? Does this mean I want to have sex with a bee?!

The bee carried on flirting and flying around me and landed on my knee. It was such a beautiful thing to receive. No, I don’t want to put body parts together with a bee in a sexual sense, but the bee was on my knee, and we both smiled with glee! And I realised the flirt I truly be!

It becomes clear that flirting to me isn’t about the physical act of sex, it’s about being playful, alive, and having a pulse!

It’s when I’m being me without apology. Allowing the possibilities and magic to show up.

For example, my partner and I were waiting to check-in for a flight that had already been delayed by 2 hours. People in the line were getting angry and frustrated and taking it out on the check-in staff. Both passengers and airline staff had their walls up and were defending and attacking.

My partner and I looked at each other, and smiled, dropped our barriers and walked up to the check-in clerk, and gave her a massive smile with our whole bodies.

What is dropping or pushing down your barriers you ask? Most of us learn from a young age, that vulnerability is a bad thing, a weakness and we learn to put up walls and barriers to ‘protect’ ourselves. The problem is that having walls and barriers up limits what we can receive because there is a wall! They also have the unfortunate effect of people desiring to fight us. However, if we do something as simple as pushing down our barriers that can change in an instant.

So turning up the flirt as much as we could to totally receive everything that was going on with no point of view, and pushing down our barriers, we chatted and flirted with the clerk. We perceived her relaxing and her barriers dropping. It was such a joy to see. By the time we left she was laughing and totally at ease.

This seemed to change the whole check-in area. People started relaxing and some started smiling. As we walked away from the check-in desk, the clerk was still smiling and we heard her greet the people behind us with such ease.

Flirting really can change so much when we are willing to be ourselves, have fun, and be a contribution to others with no expectations of what should or will change.

Maybe there’s more to this flirtin’ thing than I originally thought! What if I can, and already do flirt with possibilities? I wonder… where can I flirt with the Universe today that will create something greater, and even more awesome as my life and future? And how about you? With whom and with what can you flirt today that will open up possibilities for you and the whole universe that never existed before?

In short what if being a flirt of consciousness is a gift, talent, and capacity that is required to have a different reality beyond this reality?

Would you be willing to play with that today and every day? In the meantime… where’d that bee go… I wanna get all flirty with him…