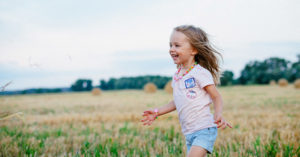 There I was, surrounded by hundreds of people all speaking in different languages none of which I understood. I was aware of the old familiar sensation of sinking, hiding, retreating within myself to my safe space.

As a child growing up I had very sociable parents who ran a busy bar and restaurant, I was often thrust to the front of house. “Go and speak to the customers” “Be sociable and smile”. Although, more often than not it was comments like “Why are you so miserable, you will scare the customers” and “Why can’t you be more like your cousin? She is so engaging, everyone loves her”.

However, the thought of walking up to strangers and speaking to them chilled me to my core.

Serving behind the bar on a busy Saturday night with crowds of customers pushing to be served first made me want to run and hide. I truly believed that I was utterly socially inept.

I had a job to do though and so I created my safe space, deep within me and I learned to have my sociable persona. A face I could present to the public and smile like everything in the world was wonderful.

This persona served me well over the years to the point that I actually believed that I was her.

Fast forward many years and I came across Access Consciousness. The tools I was reading about and hearing in class allowed me to see a different possibility for life and living. And yet I still maintained the belief that I was socially inept. It was comfortable to keep hiding and allowing people to see the persona.

During an Access Consciousness class, I was telling everyone how I was shy and socially awkward. I was asked, “Is that true for you?”

It was a though a thunderbolt hit me as all my molecules lit up and screamed NO. I was not shy, awkward, and miserable.

These were the lies I had bought and made real.

It was time to start acknowledging my strengths and capacities. As I looked at what these were it was uncomfortable at times and yet very liberating. I am reliable, versatile, have great organisational skills and in addition, I am a quick learner. Equally, I see possibilities and potential in creations and people. I also get immense pleasure in seeing other people succeed.

I love to laugh and in fact, I do actually love being sociable despite what I had believed for all these years!

In acknowledging me and letting go of the beliefs that were no longer congruent with what I was choosing for my life I realised that my life was becoming more joyful and more amazing things began to show up.

So there I was in Brazil at the Global Foundation Class surrounded by hundreds of people. People that were all very keen to get through registration and into the class. It was then the familiar sensation of overwhelm reared its head.

So I asked myself “is this true for you?”. Instantly the space shifted. I closed my eyes, took a deep breath asking my body to be the space of me. I lowered my barriers and allowed all the resistance and reaction to seep away as I expanded my awareness and smiled.

Now i ask to be the space of me and am able to chat, be sociable with joy also using the tool who does it belong to if it all seems too much as the overwhelm 99.9% of the time is never mine.

No barriers, no resistance, no pretense, just joy, and me truly being me.