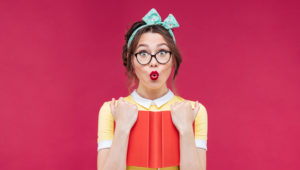 At that moment I experienced a small tremor of panic. Would I remember what I hoped to share?

Would anyone care what I had to say? And then I caught the eye of a lady in the back row.  She had so much hope pinned on my being there, and the energy swept through me; I began.

Five years ago, I left teaching, after three of the hardest years of my life training to become a High School English teacher.  I had decided to prove to myself I could be normal, and change the world by becoming a teacher. I had found school hard when I was a girl. Until I found the tools of Access Consciousness, I just looked back at that time as my ‘mistake’ and failure.

As a teacher, I put the kids’ intelligence before the curriculum, which meant I could NEVER finish a single topic that I started! All the many connections and possibilities in each area would appear simultaneously. I genuinely couldn’t see how to separate one topic from another!

Among the many amazing tools of Access that I use every single minute of every day, acknowledgment has been the most valuable one.

In that room full of teachers I could acknowledge that this broad spectrum that I experienced every time I was teaching, was in fact sanity. That if they’d been making themselves wrong for ‘failing’ to fit into the craziness of teaching, then there may well be a capacity and awareness that completely outstripped the little boxes, they were expected to fit into. A wave of relief and relaxation swept through the room. I was able to acknowledge that this ‘failure’ to finish topics, eventually turned into the recognition, that I enjoyed creating really big things.

Without Access Consciousness I would be unable to recognize this. And could only say that the large events I had created happened by chance and that it was ‘nothing really’ as I was unwilling to be so arrogant as to claim my capacities.

I told them about the Access Bars event I had created in honour of World Suicide Awareness Day. This event grew from one train station to four train stations, and will no doubt encompass more next year. And I asked the teachers in the room what they had decided is so wrong about them. Would they be willing to look at what could actually be great about this in another context?

Your willingness to look at the parts of you that seem ‘wrong’ is what allows others to choose the same.

I have spent my whole life feeling that there was something deeply wrong with me. A swinging never-ending pendulum from shame and inferiority to scorn and superiority. I have never been willing to own my capacities and use them to contribute to a greater world because I might not be as great as I secretly hoped.

I know that without Access Consciousness (and particularly Right Voice For You) I would have felt too awkward and ashamed to be that vulnerable in a room with so many people. One lady told me after the talk that she had never looked at her weirdness as a strength. And that it had completely changed how she viewed herself.

You’re amazing, beyond expression. So who do you choose to share yourself with? And what would it take for you to be that vulnerability right now? 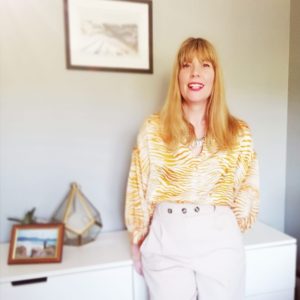