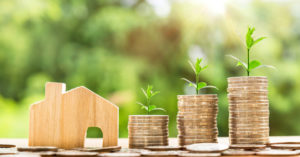 “Is Money Magic a Sham?”, is a question I used to ask myself all the time.

I would watch all of these people around me having money show up for them as if by magic. They seemed to have no money problems whatsoever! Bills and money problems either melted away into nothingness or never existed in the first place.

Confused, I asked my mother about it, and her response was very emphatic: ‘You either have money, or you don’t. Either that or you’re a liar, thief and a fraud’.

I found that response rather depressing. We didn’t have money, and it was wrong to lie, steal and cheat, so I guess I was utterly screwed!

The thing is it wasn’t just her who had these points of view. Most of my extended family did too. And as I spent most of my waking life with them, I assumed that it must be true. Money is hard to come by unless you already have it or you steal it.

With a sigh, I resigned myself to the fact that I’d probably be unhappy and stressed about money for the rest of my life.

For 40 years that was true for me. I made damn sure it was! After all, if I didn’t live in the ‘real world’, then I’d be locked up as insane and live out the rest of my life in an asylum. Or homeless. Or dead. That last option was the most appealing, and I did my best to choose towards it.

Until one day I didn’t choose it any more.

It all began when heard this American guy talk about ‘Money is not the problem you are,’ on a telecall which was part of a series I had been following around changing your money problems. Most of the other presenters were using all these weird and wonderful energies to ‘attract abundance’ and ‘magnetise money into your life’. I lapped them up. Yet this guy was saying something different. It was intriguing, and it pissed me off big time. He was saying we’ve got to be willing to have money and yet not make money the source of our life.

Easy for him to say, he had no money problems and probably always had money. Except he hadn’t.

As I listened more to what he was saying about his background and how he grew up, I could relate to it a lot. However, I still thought he is just one of those lucky people where things just change, and I’m not one of those so he can bugger off! I was still angry about what he was saying, and it turns out that anger mainly was at myself because I realised it was my choices that had created my experience. It was my choices alone that could change it. I would have no one, and nothing else to blame for my financial situation and that pissed me off even more!

This guy that had begun to change my perspective was Dr Dain Heer, co-creator of Access Consciousness. I am no longer angry at this man for revealing to me where I’d been screwing myself over, instead, I’m inspired.

Let me give you an example of how money magic started to show up for me.

A few years ago, I wanted to attend a 3-day class with Dr Dain. I had just over half the money available, and it was five days until the class started. Where the hell was I going to find over a thousand pounds in such a short amount of time? This time I surprised myself because I didn’t immediately go to feeling despondent and defeatist. Instead, I felt what I thought was anger rising within me.

I remember saying to my partner ‘I don’t care what it takes if I have to clean toilets, beg on the streets, or have sex for money. I will be at that class’.

He looked at me surprised and saw the determination in my face. He was telling me he had some spare money that would help, but not the full amount. As he was saying that, I had a call from one of the organisers of the event and she asked me if I would like to be part of the team and receive a discount. Before I even had time think the words were coming out of my mouth ‘Yes absolutely!’

With my discount and my own money, I had more than enough to pay for the class and travel home in a taxi too!

It must have been just a one-off, of course. Nothing like that happens to me usually. The luck gods must have made a mistake!

Except, they didn’t, because they don’t exist! It was my choice, my demand of me, and my willingness to have it that allowed it to show up. The more I played with that, the more it occurred. I am on a new adventure and money continues to show up in the most unexpected fantastic ways including getting me out of a mountain of debt which I never thought possible.

However, that is a story another time. Look for part two ‘Money Magic It Really Is Possible!’