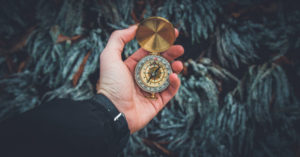 Travelling around The Czech Republic this March I didn’t at first pay much attention to this virus that the news kept talking about. I was having too much fun!

Besides, I didn’t believe this pandemic that was starting to emerge had much to do with me – just an irritation that meant I had to rearrange travel plans. To my surprise, the virus began to spiral out of control in Italy, and I had to follow my intuition and ask questions and hang for the wild ride that was about to begin!

First, I flew to Montenegro, a tiny country in the Balkans, on March 11th, the very beginning of the global “pandemic”. Where I was going to stay for a week.

From Montenegro, I was supposed to go onto Budapest. I was sure that I would be one of the few people flying to Budapest for the Certified Facilitators training, which to me would prove my dedication to consciousness. However, I realised it was not a dedication to consciousness but instead a refusal to see what was happening on the planet. I promptly abandoned those plans.

Now stuck in Montenegro, my gratitude for the tools of Access Consciousness knew no bounds. The tools allowed me to keep my head above water and not get lost in the fear, panic, and disbelief sweeping across the planet.

Being unable to travel also meant that the carefully crafted timetable of all my classes I was going to facilitate throughout Europe in the next few months was no longer viable. I went from celebrating my new success of being a travelling facilitator to wondering how I was going to generate an income.

Waves of fear, panic and surrealism were the norm in those early days. I used the tools every minute of every day to keep my equilibrium as the world struggled to make sense of something that was simply inexplicable.

‘Who does this belong to?’ was one of my go-to tools as it gave me the awareness that the fear, the doubt felt real, and they were not mine.

I carried on returning to sender and demanding of myself that I stay present in the moment and create the life I would like to have.

In Montenegro I spent a lot of time outside, in this beautiful new landscape enjoying the sea, the rocks, the sun, the rain and the ancient olive groves. Over time, nature soothed my body and being. I began to experience a peace that I had never felt before, an allowance of me, and a presence with me that was enjoyable and easy.

I relaxed and was genuinely enjoying being alive, despite the uncertainty.

And then Europe started to “wake up” again.

People were writing to me, asking if I would visit their city, their country and when that could be and how that might look. Nothing is the same now. You can’t assume anything. As I start to travel again, I ask many questions of the class, the country and the people. Is now the time? What is required? When is it required?

We talk in Access Consciousness about being willing to do what it takes. This concept has a whole new meaning for me since this time of Corona. So I did whatever it took even if this meant that I had to be in quarantine and line up for a COVID 19 test up my nose!

It’s funny how consciousness has your back.

Out of the blue, I had the sense to speak to a friend of mine. She casually mentioned that other countries have different regulations, and I discovered that I could go another route, and avoid the test and the quarantine. This willingness to be in question is essential in this new world.

If I’m honest, this new level of presence that this pandemic is requiring of me and is something I have been asking for. However, I had no idea this is how it would show up.

This time of Corona has given me gifts of awareness and presence to the degree that I have never experienced before.

The obvious uncertainty, and the difference that the world has become means you can’t “get by” on autopilot any more!